Did you know that the hospitality industry is the UK’s third-largest employer responsible for three million jobs directly and a further 1.8 million indirectly? You might be surprised then to find out that its representation in parliament is currently split between two crowded government departments: the department for business, energy and industrial strategy and the department for digital, culture, media and sport.

This needs to change.

It’s no secret that 2020 was a year that shook our world tremendously, and if there’s one thing we have learnt from the pandemic, is that it’s never been more important than to come together and support each other.

As a supplier to the hospitality industry, this past year we’ve seen businesses struggling to stay afloat and the hospitality world being hit hard as we battle to keep the virus at bay. But hospitality venues are not just somewhere to eat or drink, they are places that bring people together and create connections. Just think how many friendships have been forged in our pubs. Or how many books have been written in coffee shops. Or business ideas that started around a bar table.

This brilliant industry brings so much joy, that it deserves to be properly represented in parliament.

That’s where the #seatatthetable campaign comes in. The petition, set up by a brilliant group of hospitality professionals, calls for a dedicated Minister of Hospitality to give the industry a powerful voice.

A dedicated minister would:

The petition has garnered huge support from the industry and the wider public and reached its initial goal of 100,000 signatures in the first 6 days of the campaign. The issue was then debated in Parliament on 11th January and a number of Ministers unanimously spoke in favour of increased support for the industry and many supported the notion for a Minister for Hospitality.

At Belu, we’re completely behind this campaign and encourage anyone reading this to head over to the petition to add your signature. Although the issue has already been debated in parliament with a positive reception, we wanted to continue to spread the word now as a final decision has not yet been made. The louder we can make our collective voice, the more chance that we can get hospitality the set at the top table that it deserves.

Sustainable Businesses can survive and thrive

We’re still celebrating this week after being awarded ‘Supplier of the Year’ on Mond...

Ahead of speaking at the Social Enterprise World Forum (SEWF), Edinburgh, in September, Be...

After a long hot summer, most of us will have been thinking about water when we’ve found... 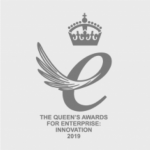 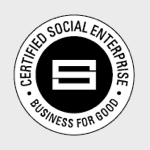